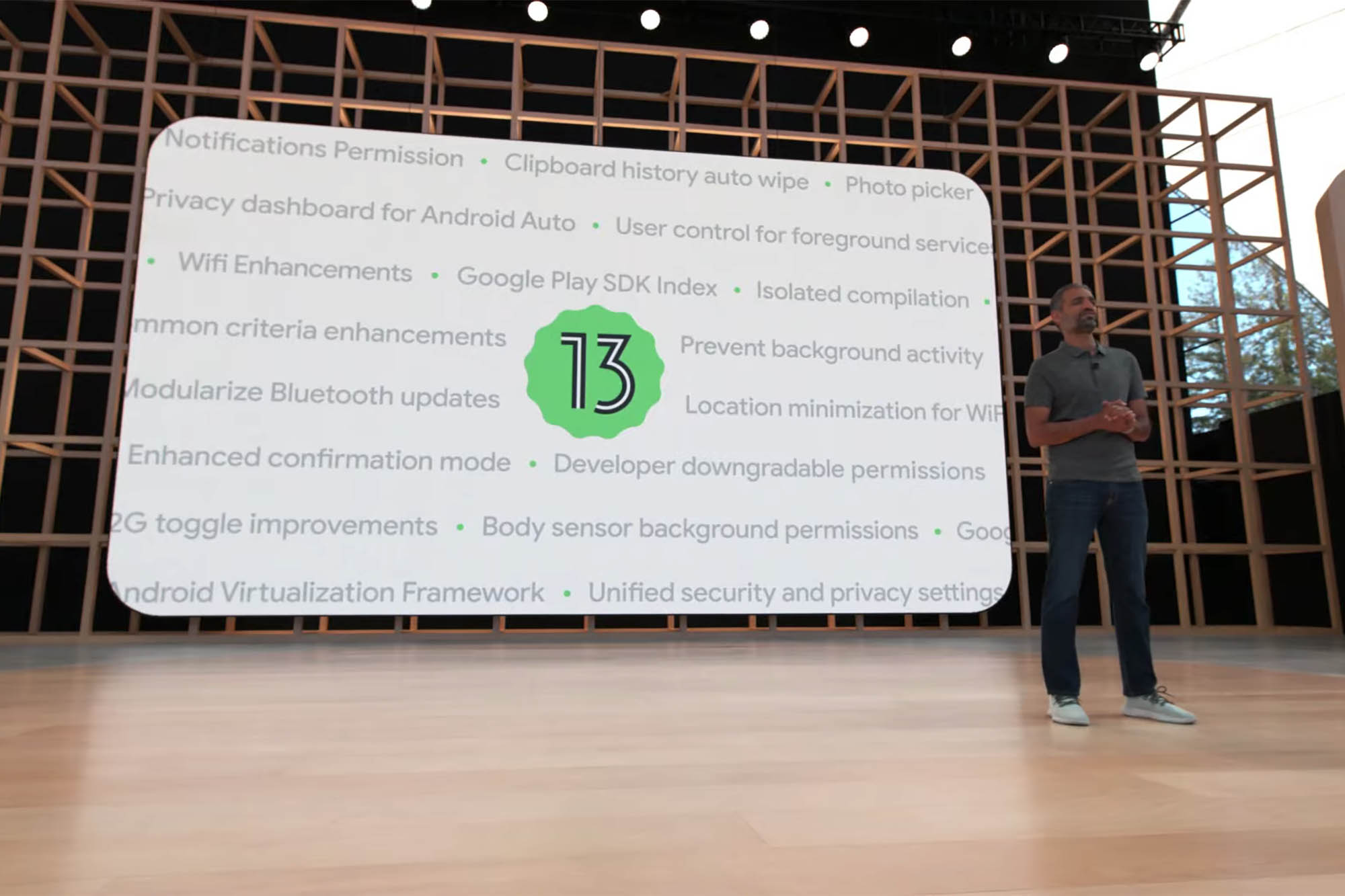 Google’s Android 12 may still be in the process of rolling out to smartphones and tablets, but the company is already working on Android 13 (and has also released the midcycle Android 12L). The company announced the first Developer Preview for the operating system in February, and in May, it shared what’s coming in Android 13 at Google I/O 2022. In July, the final Android 12 Beta was released.

Google is building on what it started with Android 12 and 12L. Material You gets more colorful with additional customization features, and Google plans on expanding theming beyond the selection of Google apps. The company also highlights privacy and security features in Android 13, and there’s a lot of building upon Android’s bigger-screen ambitions in foldables and tablets.

Google released the first Android 13 Developer Preview in February, with the second arriving in March. In April, Google opened up Android 13 to the general public with the first Beta release and has released two more through June. The platform reached stability with the third Beta update, and the program ran through July with the final release of Android 13 expected to debut first on Pixels shortly after.

Google will now build support for braille displays into Android. Braille displays are devices that allow people who are vision impaired to interact with computers and read text that would typically appear on-screen. They can be used on computers, phones, and other devices, as well as connect through Bluetooth or USB.

Previously, vision-impaired users had to make use of a BrailleBack app downloaded from the Google Play Store to interact with them, but Google is changing that with Android 13. The feature will go live in Android 13 Beta 3.

Even more Material You

Material You debuted with Android 12 as Google’s own kinda-sorta enhanced customization feature for Android that pulls in colors from your wallpaper to theme your apps and your phone’s interface. It’s available now on Google Pixels and some other Android 12 phones, while Google is working on making it widely available to all devices running Android 12L and later. With Android 13, sources speaking to Android Police have shared that Google plans to allow users to change how those colors show up. Right now, Material You is very pastel. While that’s to some people’s taste, not everyone is down with that look. It also gets a little boring, especially when Android 11 counterintuitively had a much larger, immediately available pool of colors to choose from.

With Android 13, Google is planning to enhance the color hues with four new options. Material You will still pick colors from your wallpaper, but how it displays them will be up to you — somewhat. The current options are Tonal Spot, Vibrant, Expressive, and Spiritz. As Ars Technica points out, Google’s Pixel 6 promo images show more vibrant colors than you can get on Android 12, so this might be a way for Google to fix that while putting more power in the user’s hands.

In the first Beta of Android 13, Google expanded the number of available Material You colors from five to 11, setting the stage for enhanced customization come September.

Google has also announced an expansion of its themed icons feature to third-party apps. While it arrived as a Pixel-exclusive feature with Android 12, Google says it’s expanding it to its device manufacturer partners. It’s not clear if the company will be able to see any significant uptake yet as Android 12’s Material You remains a largely Google-exclusive endeavor.

If Google isn’t fiddling around with notifications in Android, can it really be called a major upgrade? Settings in Android 13’s second developer preview have been spotted that indicate support for notifications permissions. What this means is that Google won’t let just any Android app send you notifications right from the get-go. Just like you’ll see in Chrome or other modern browsers, they’ll have to explicitly ask for and be granted access to send you notifications. For apps like WhatsApp and Telegram, most users would do so without hesitation, but games and shopping apps may find it a little harder to get away with the notification spam they’ve been inflicting for years.

Between its iPhones and HomePods, Apple offers a feature known as Tap to Transfer. When playing a song on your iPhone with Apple Music, you can easily tap the Homepod to transfer playback to the speaker for richer sound without fiddling with on-screen controls. Google is reportedly working on that for Android 13 as per a mockup shared by Android Police. There’s nothing much known about it other than it exists at the moment, so this is more of a possibility than a certainty. Still, with Google selling Nest Audios and Nest Minis — as well as the wider ecosystem of Cast-enabled smart speakers out there — this would be a pretty nice to have feature.

QR codes have become far more important in the age of COVID-19, and Google could be working on a way to make them easier to use going forward. It is worth noting that you can already scan QR codes via the Google Camera or equivalent third-party Android phone app. With Android 13, Google is working on a built-in QR code scanner that will be able to work directly on the lock screen and be accessed through the quick settings app. It’ll be more convenient than the camera, though it may not practically change much. It’s already available in the second Android 13 Developer Preview for intrepid users to test.

Google is adding native support for per-app language settings to Android. Currently, users can set a default system language that is used by all apps on their phone, but Google is working on a new setting that’ll let you pick which apps use which language.

“Some apps let users choose a language that differs from the system language, to meet the needs of multilingual users. Such apps can now call a new platform API to set or get the user’s preferred language, helping to reduce boilerplate code and improve compatibility when setting the app’s runtime language,” Google’s Dave Burke explained.

Your WhatsApp can be in English, your Telegram in Russian, your WeChat in Chinese, and so on. It’s a nice little tool for people who speak multiple languages and communicate with others around the world.

With its first Beta release of Android 13, Google highlighted new support for media sharing features. This means that for apps that can request access to files on your phone, they would need to specify whether they want images, video, or audio files.

Currently, apps that request permission to your media can gain access to all file types at once. Implementation of this feature will prevent apps from accessing file types they don’t need. For example, Instagram does not need your audio files, and a recorder app doesn’t need to see your images. While it is contingent on developers to complement this change, Google says that any app that targets Android 13 will need to have this enabled.

This one is more for the technically minded, but rumors are saying Android 13 will ship with a virtual machine that runs Windows 11. We’ve seen this before in Chromebooks with Google’s virtualization of Android and Linux, and according to Esper’s Mishaal Rahman, it’s the same technology Google is bringing to Android.

According to this rumor, you’ll be able to run more than just Windows on Android 13 devices. Kdragon on Twitter managed to launch several Linux distros on it. It’s not clear what Google wants to use this for — running desktop operating systems on a phone is a cool parlor trick, but simply a parlor trick — but it’s there.

Google earlier this year announced plans to let Chromebooks quickly open chat apps as it sought to integrate more tightly with Android phones. Now a report from 9to5Google shows the building blocks of this feature in the current Android 13 preview. When this feature goes live, people will be able to stream not just chat apps, but any installed Android apps on their phones to a linked Chromebook. It’s not clear if this will be a timed-Pixel exclusive or a draw Google will use to lure people to upgrade to the next version of Android (to whatever degree a Chromebook feature can be a draw).

With Samsung already offering something similar on Windows PCs through Microsoft’s Your Phone app, Google is also said to be working on a feature that’ll let this app streaming service run on both PCs and Macs. It’s not as native as what Google would offer on Chromebooks since it runs through a web app, but the report says that the experience feels native enough that the average person probably won’t mind.

While there is sort of a use case on PCs, there’s a question on why one would want something like this on Chromebooks, which already run Android apps. The easy answer — and the one that Google gives — is that it allows people to quickly use an app without installing it for short one-off tasks. In addition, certain apps are restricted from running on Chromebooks — banking apps like the U.K.’s  Starling, to give an example. This feature, if Google does ship it in its full form, would help plug those holes.

Arriving in Android 13 Beta 3.3 is Google’s annual Android Easter egg. This Android 13 feature isn’t a very functional one, but which Easter eggs are?  You can find the Android 13 Easter egg by going to Settings > About phone > Android version. Once there,  triple-tap the Android version number rapidly. When a clock widget appears, you can move the clock hands so that the time is set to 1:00 (so, 13:00 for Android 13), and the Easter egg pops up.

It’s the Android 13 logo over a screen full of circles, but tapping and pressing anywhere on the screen fills it with different emojis as pictured above. It’s fun for about five minutes, but it’s better than nothing.

When is Android 13 going to be available?

Android 13 is set to exit beta around August or September. As in previous years, it will then roll out to Pixel phones either then or shortly after. Although the Pixel 6a is coming with Android 12, Google says the Pixel 7 and 7 Pro will be its first Android 13 phones. Aside from Google; Asus, Nokia, OnePlus, Oppo, Realme, and Xiaomi have already started testing Android 13 previews for their phones. Google says that Samsung will be joining soon as well. 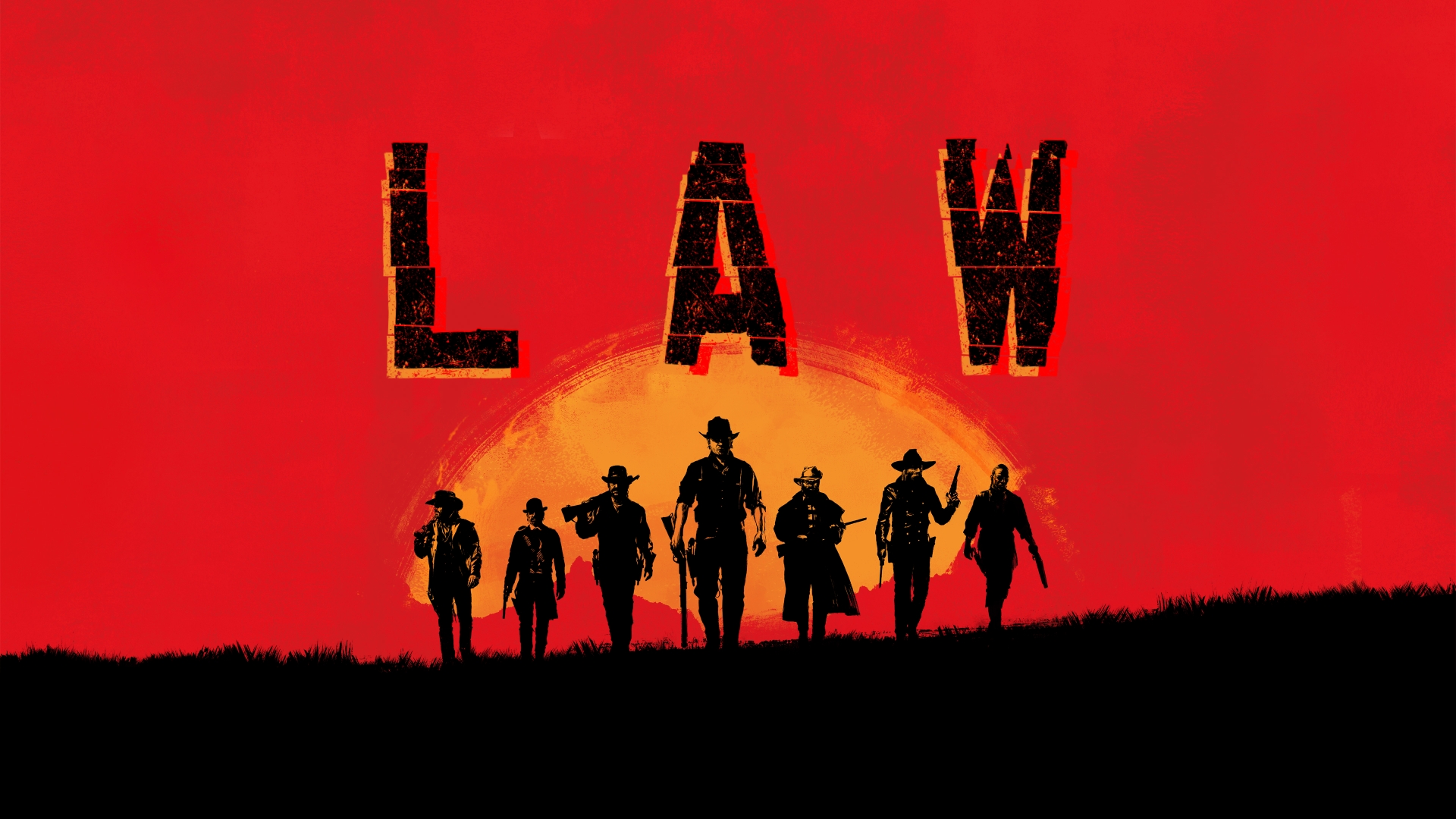 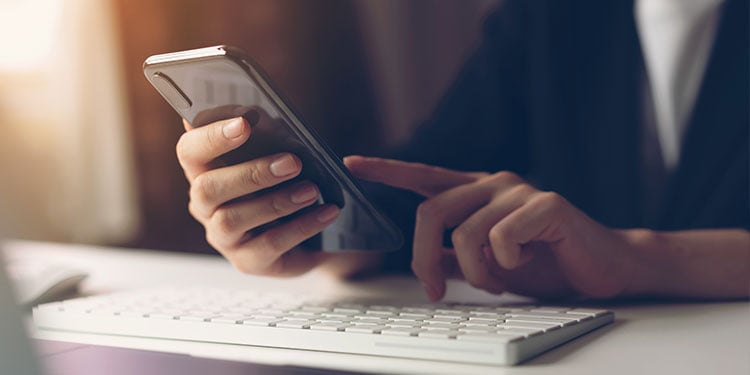 How To Check IPhone Unlock History? How to enable HDR on Xbox Series S/X