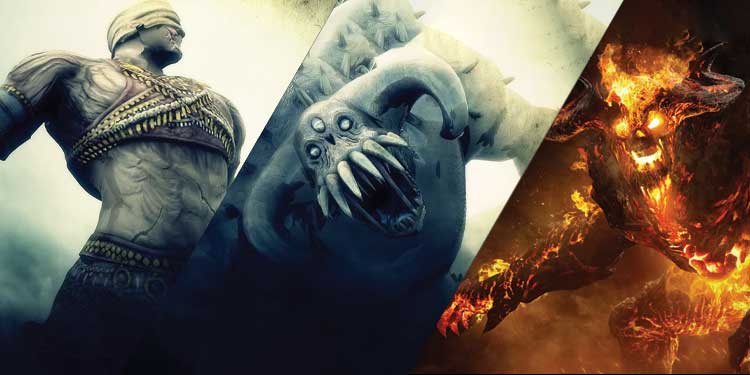 I don’t know if this guy can be called a boss. But since he is huge and has a large health pool, I will put him on the list. You will face him at the end of your tutorial. He looks like a giant monster with wings and horns. His main weapon is a giant axe that he swings around a lot. There is a pretty good chance that you will die a lot facing him because he is insanely strong for a lot of new players.

Phalanx is the true first boss you’ll face in Demon’s Souls game. He is a large slimy creature, and he is covered with another layer of small independent slimes. These small slimes have shields sticking to their back to protect Phalanx from taking damage. The shielded slimes will occasionally attack you with spears when you get near them.

The goal is to hit Phalanx and chip away his health bar, but as long as he is protected by the shields, it will be a very difficult task. However, you can take down these shielded slimes first to make your job easier. Fire attacks work great against both Phalanx and his shielded minions.

Now, this dude is huge. And what I mean by huge is that he can be compared to the size of buildings. He is fully covered by metallic armors and wields a large shield and a sword. He moves slowly but hits very hard. He can also shoot energy beams from his sword. Attacking his ankles continuously will make him fall on his back. You can take him down pretty easily after that.

You will also be surrounded by enemy archers who will shoot you randomly to distract you. You can either kill them or leave them if you want an achievement called One Shall Fall Trophy.

Penetrator is a powerful foe equipped with a long two-handed sword. His body is covered in strong armor, and he looks very intimidating with his blood-enchanted weapon. Most of his attacks are combo attacks where he swings his sword for a horizontal slash. His attacks are slow and can be dodged easily. However, you should be prepared for some emotional damage if you get hit by one of his swings.

However, you cannot go and fight him directly. You’ll need to defeat at least one of the four final bosses of other regions if you want to fight this guy. (Dragon God, Old Monk, Storm King, or Maiden Astraea)

He is the final boss in Boletarian Palace Archstone as well as the entire game. Carrying an exotic black sword, he can quickly kill you with his swift moves if you’re not careful. He is extremely powerful and difficult to beat, earning him the title of the hardest boss.

He uses a series of combo attacks that can be very potent if it hits you. He can also literally suck out all your soul level with his Soulsucker ability. Blocking them is not an option so dodging them is the only way to survive his attacks.

Armor Spider is the first boss in Stonefang Tunnel Archstone. As the name implies, he is a large spider whose body is covered in heavy armor. This fight takes place in a small space inside a tunnel which makes it very difficult to take cover.

The spider mainly uses two forms of attack. It shoots fireballs from its mouth and web from its tail. Occasionally, he will also cover a large portion of the ground with its lava vomit. The only way to beat this guy is to equip armors and shields that have fire resistance.

Flamelurker loves fire. He usually jumps around and swings his arms to attack you. As his body is covered in flames, getting hit by his attacks will burn you too. His movements are unpredictable as well, making it one of the harder bosses to beat. He can also do an AoE attack where he sets a small portion of the ground in flames.

Your best bet to beating this boss is to equip shields with fire resistance and try to dodge his attacks. After he performs his combo attacks, he will stay still for a while, giving you the perfect opportunity to strike.

Dragon God is the final boss in the second world of Demon’s Souls. If you fight him head-on, you will always end up dying. To beat him, you’ll need to access two ballistae located on the opposite side of each other and use them to attack the dragon. Defeating this boss depends on your puzzle-solving skills, as you’ll need to search the whole area in search of these ballistae.

You’ll need to sneak past the pillars without being noticed by the dragon to get to the ballistae. The path is blocked by huge rubbles which you need to destroy in order to pass through them. Once you’ve used both ballistae, the dragon will fall down, and after that, you can take him down quite easily.

Fool’s Idol is the first boss in the Tower of Latria Archstone. She can use magical abilities and is one of the weakest bosses in the whole game. However, she can give you a hard time if you don’t know how to beat her.

For attacking, she uses teleportation and clones to get away from you. She and her clones can also shoot magical projectiles at you, damaging you if you get hit. She lays a number of traps in the ground that will paralyze you if you trigger them.

As I said before, you need to complete one task if you want to beat her. It is because there is a secret character in this level that will revive her continuously no matter how many times you kill her. So in order to prevent that, you’ll need to find this guy and kill him first.

Maneater is a strong beast-type monster that can fly around and use his superior speed to attack you. There are actually two of them, and the second one appears if you manage to get his health bar low. His most common attacks are his dashes, which also happen to be his most powerful attacks. He charges forward quickly, destroying everything in its path.

If you’re in the way of his dash and standing close to the edge, he can easily make you fall off the bridge. He will also occasionally use his fists to attack you. While he is in the air, he can use his powerful scream and launch a shockwave toward you.

Old Monk carries a scythe as his main weapon and is pretty much a normal human like you. This fight is going to be a little special because depending on whether you’re playing offline or online, your opponent is either going to be another player or an NPC.

He mainly uses his scythe to attack you, causing damage if you get hit. The fighting area is pretty big in this one which gives plenty of time to plan out your attacks rather than rushing like a fool. If your opponent happens to be another player, it can be quite a challenge, but if you’re familiar with PVPs, it shouldn’t worry you too much.

Adjudicator is a large oversized monster and the first boss in Shrine of Storms Archstone. He has a large body and carries a butcher knife in both his hands. He is quite slow to attack, so dodging him shouldn’t be a problem.

He has a shining bird sitting on top of his head all the time. You need to hit this bird if you want to damage the Adjudicator. He swings his arms to attack and damage you. His attacks are easy to dodge, but if you accidentally get hit, it will cause you a lot of pain. He also occasionally uses his long tongue to attack you.

Old Hero is a large human-like boss who is blind and will attack randomly while trying to guess your location. He has a golden aura surrounding his body, which makes it quite easy to see him even in the dark. The only mistake you can make while fighting this boss is when you run and create noises to alert him of your location.

He has a large sword that he swings around to deal heavy damage. He can also do an AoE attack where he slams his sword on the ground, creating a large burst of waves around the impact. If you have items that grant you stealth abilities, you’ll want to equip them in this fight.

Storm King is the final boss of Shrine of Storms Archstone. It is a large manta ray that roams in the sky with its minions called Storm Beasts. The fight takes place in two stages where you’ll need to deal with the minions first and fight the boss after that.

Both the Storm King and his minions can shoot magic spears from the sky, which can be quite bothersome, especially when you have to focus on both attacking and defending. If you search within the area, you can find a special weapon known as the Storm Ruler that you can equip to defeat the boss and his minions easily.

The first boss in Valley of Defilement Archstone is a large pile of leeches. They stick together to form a big mass and behave as a single unit. To attack, he will swing his large hands around. If you get hit by the impact, you will take massive damage. Although his attacks are slow and easy to dodge, you can get caught in them if you try to rush things.

If you get too far away from him, he can shoot his leeches at you in the form of a ball. Getting hit by them can also do a lot of damage. You also need to be wary of his self-regenerating abilities. This guy is weak to fire attacks and fire magic.

Dirty Colossus is a large monster covered with dirt and sets of armor. He is slow, but his attacks pack a punch. He usually swings and slams his oversized right arm to attack you. However, when you are out of his range, he can also shoot cannons of dirt and flies at you, which deal damage over time. When he is low on health, he can cause a small explosion within his body to send out a wave of flies in all directions and cause massive damage. He is also weak to fire attacks.

Maiden Astraea is the final boss of the Valley of Defilement Archstone. She is probably the prettiest boss in the entire game. As you might have encountered different odd battles in this one, this one is also going to be an exception. The thing is, despite being a boss, she doesn’t really engage in the battle. Instead, she just sends her bodyguard to fight while she sits in a corner and prays for his victory.

Her bodyguard, though, is a knight known as Garl Vinland and is quite a strong fellow. He is covered in a strong suit of armor from head to toe and is a very heavy hitter. He equips a shield and a large mace, and his attacks are incredibly strong. If you want to beat him, you need to use a powerful weapon yourself and hit him as hard as you can.

As you might have noticed, some of these bosses are incredibly strong and can’t be defeated if you don’t have the right weapon and items. So, I have made a list of bosses that you should fight in order and get the most out of it to make it a little less frustrating for you. 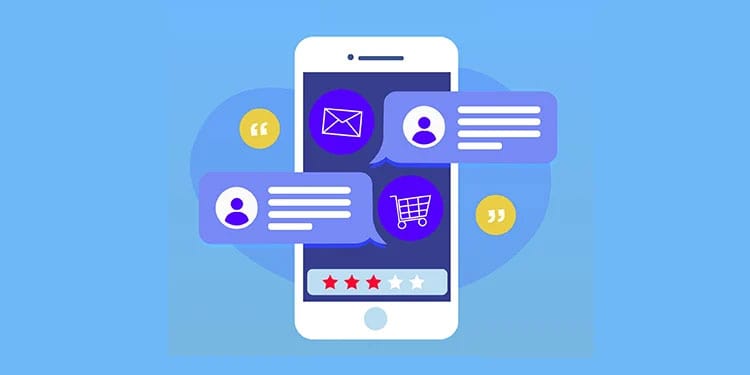 How To Delete A Google Review 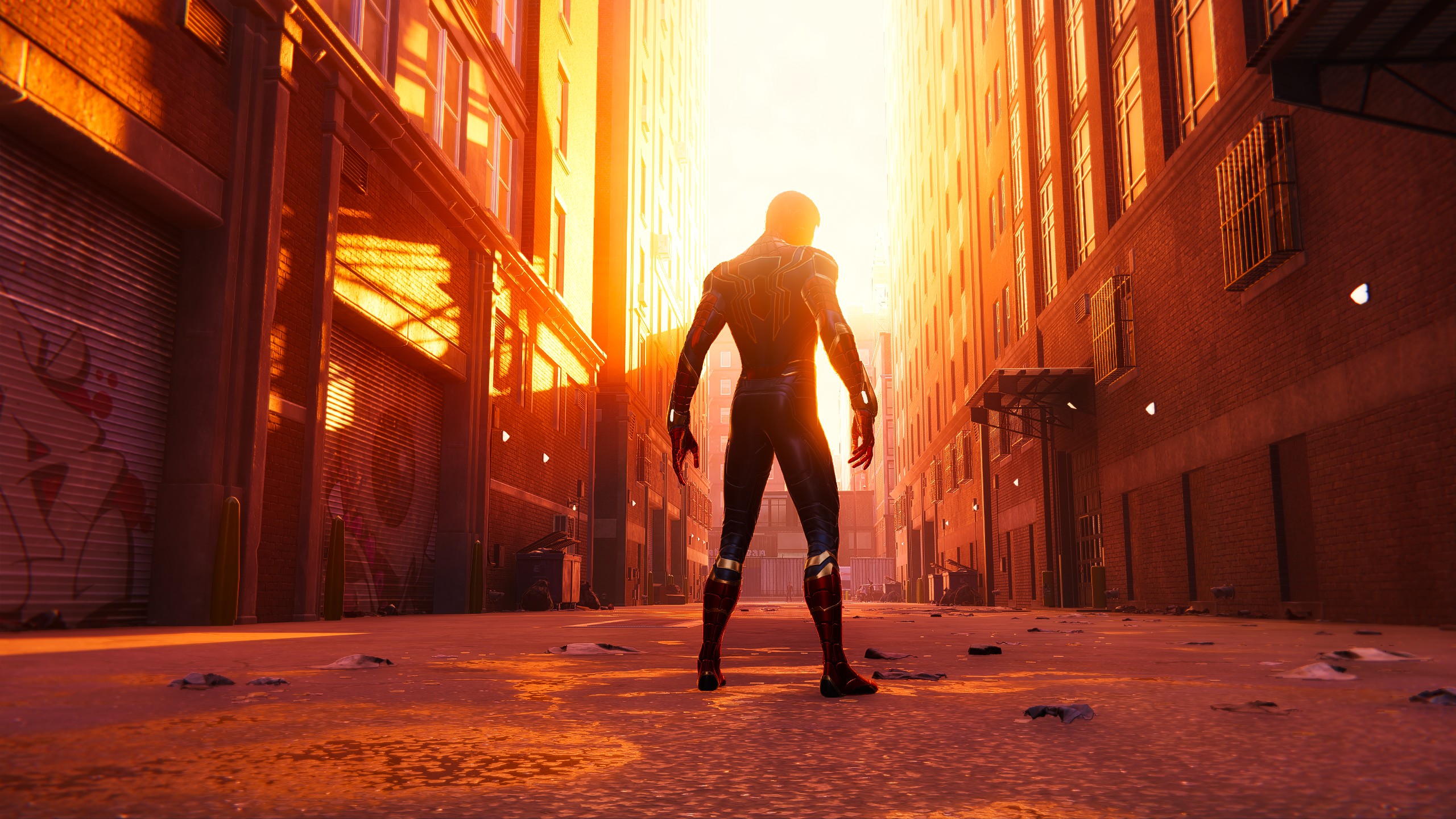