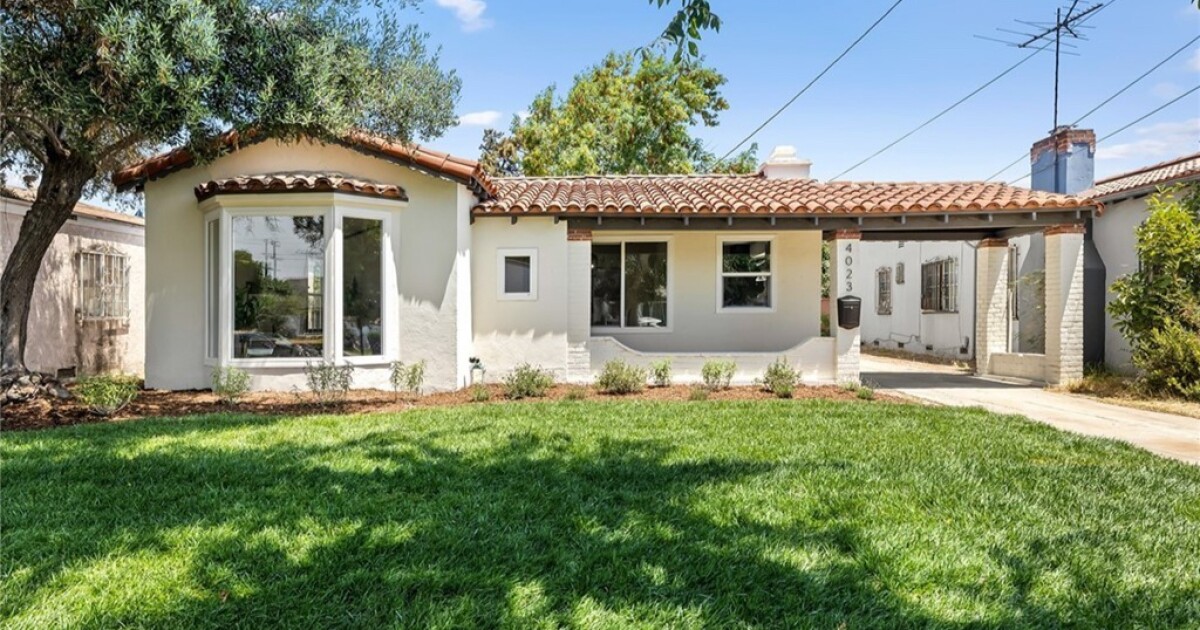 Don’t look now, but Southern California’s hot housing market might be cooling off. Sales are down, inventory is up and some properties are even getting price cuts — including a few featured below.

For buyers, that means money goes a bit further than it did even a summer ago. Take a look at what $700,000 buys in seven communities around Los Angeles.

Highland Park’s arrival as a trendy neighborhood in recent years has sent home prices skyrocketing, and during the pandemic, it officially became a million-dollar neighborhood. There are still plenty of cheaper options though — especially if you’re willing to consider something with less than 1,000 square feet.

The home: Perched above York Boulevard, this 98-year-old Spanish bungalow is looking brand new after a remodel brought in hardwood floors, farmhouse doors and a splash of tile in the kitchen. There’s even a view, as the back of the hillside home opens to a deck overlooking the neighborhood.

The specs: Two bedrooms and one bathroom in 683 square feet

Tech companies such as Apple, Amazon and TikTok are crowding into Culver City, turning a once-sleepy Westside community into one of Southern California’s new digital media hubs. Such a distinction has predictably led to higher single-family home prices, but older condo complexes offer an affordable alternative.

The home: This corner-unit condo sits on the top floor of a building in Heather Village, a gated complex with multiple pools, spas, tennis courts and a playground. Warm wood mixes with brick in the common spaces, and the living room adds a wet bar. Another perk: It’s down $20,000 from the original asking price.

The specs: Two bedrooms and two bathrooms in 1,347 square feet

Marina del Rey houses about 11,000 residents, and its harbor holds about 5,000 boats. Together, the two groups create a quieter beach experience compared with more tourist-heavy destinations up the coast such as Venice and Santa Monica. Ocean views might run you north of $1 million, but a spot overlooking the lagoon is a bit more affordable.

The home: Found in Marina City Club, this condo sits a short walk from the beach and features a balcony overlooking the lagoon. Although quite hefty, the HOA dues get you plenty of amenities, including six tennis courts, two paddleball courts, three pools, two on-site restaurants and room service.

The specs: Two bedrooms and two bathrooms in 1,422 square feet

East Los Angeles feels like one of the few remaining areas around L.A. where $700,000 buys a lot of house. Not some one-bedroom bungalow with 500 square feet or a possibly illegal accessory dwelling unit tucked behind a property, but a real house with two stories, three bedrooms and maybe even a garage. There’s always something on the market there, with most single-family options ranging from $600,000 to $900,000.

The home: The largest home on the list at more than 1,800 square feet, this blue abode boasts three bedrooms and three bathrooms, as well as an open floor plan with a fireplace. It’s down $135,000 from its original asking price, and the listing also notes that the seller will pay $5,000 of the buyer’s closing costs.

The specs: Three bedrooms and three bathrooms in 1,859 square feet

The agents: Vance Nordine and Mary Hale of Nordine Realty

Aptly named, University Hills is a small neighborhood of windy streets in the hills above Cal State L.A. Tucked between other relatively affordable areas such as El Sereno and City Terrace, the enclave has only a handful of homes on the market at any given time, and unless they’re brand new, they’ll usually be available for less than $800,000.

The home: Built in the 1930s, this 850-square-foot spot makes the most of its space with a covered front porch, two bedrooms and an office — an amenity rarely seen in smaller houses. It was remodeled a decade ago, so the design isn’t officially outdated yet, but a facelift wouldn’t hurt, either.

The specs: Two bedrooms and one bathroom in 850 square feet

If you want a microcosm of what development can do to a city, look no further than Inglewood. In the five years after SoFi Stadium was announced in 2016, home prices have soared 84%. That means once-affordable homes are now selling for a fortune, but if you think prices will continue to increase, it’s not too late to invest in the rapidly changing city.

The home: Inglewood prices are directly correlated to how close the home is to SoFi Stadium, and this one sits about 10 minutes away. It’s a fixer-upper for sure, but it boasts three bedrooms, a detached garage and a backyard big enough to fit an ADU. A recent price cut brought the tag down by $69,000.

The specs: Three bedrooms and one bathroom in 912 square feet

One of the gateway cities that connect L.A. County and Orange County, Huntington Park offers somewhat-affordable homes for working-class residents who commute to either one. Houses start as low as $400,000, so something in the $700,000 range will get you a renovated, turnkey property with plenty of space both inside and out.

The home: A Spanish-style exterior leads to crisp, modern spaces inside this 1930s home with a brand new look. Beamed ceilings hang above a whitewashed fireplace in the living room, and the kitchen adds charming Spanish tile.

The specs: Three bedrooms and two bathrooms in 1,472 square feet